This week, the U.S. Defense Advanced Research Projects Agency (DARPA) launched a new program called the Electronics Resurgence Initiative (ERI) that includes $75 million in new semiconductor research investments. The new investments are in addition to current programs in semiconductor R&D – including the Joint University Microelectronics Program, or JUMP – for a total of $216 million in investments for FY 2018 alone. 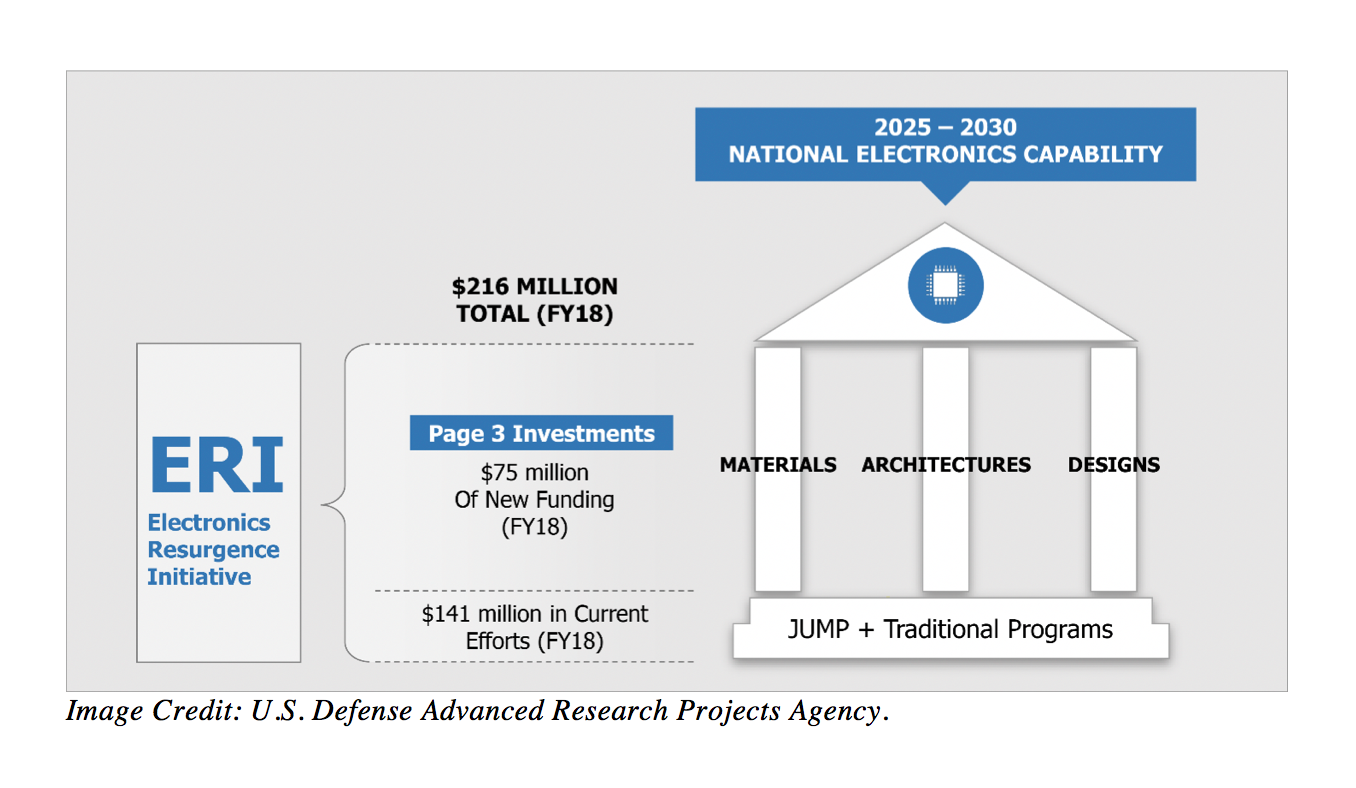 With the ERI, DARPA aims to “more constructively enmesh the technology needs and capabilities of the defense enterprise with the commercial and manufacturing realities of the electronics industry.” The initiative builds on a series of DARPA programs over the past several years aimed at advancing semiconductor innovation in partnership with university and industry researchers.

With the announcement, the agency has released separate Broad Area Announcements, or BAAs, for each thrust area: materials & integration, architectures, and design. Program officers are set to hold information sessions over the coming two weeks for interested parties to learn more about the programs and begin preliminary work of teaming together to develop proposals. The agency is looking to move quickly, with initial proposal materials due as early as Oct. 11, 2017 for some program areas.

Federal funding for research is a long-standing SIA priority, and we applaud this significant new investment in advancing semiconductor innovation. Policymakers should support research investments like these that are crucial to strengthening U.S. competitiveness and technology leadership.