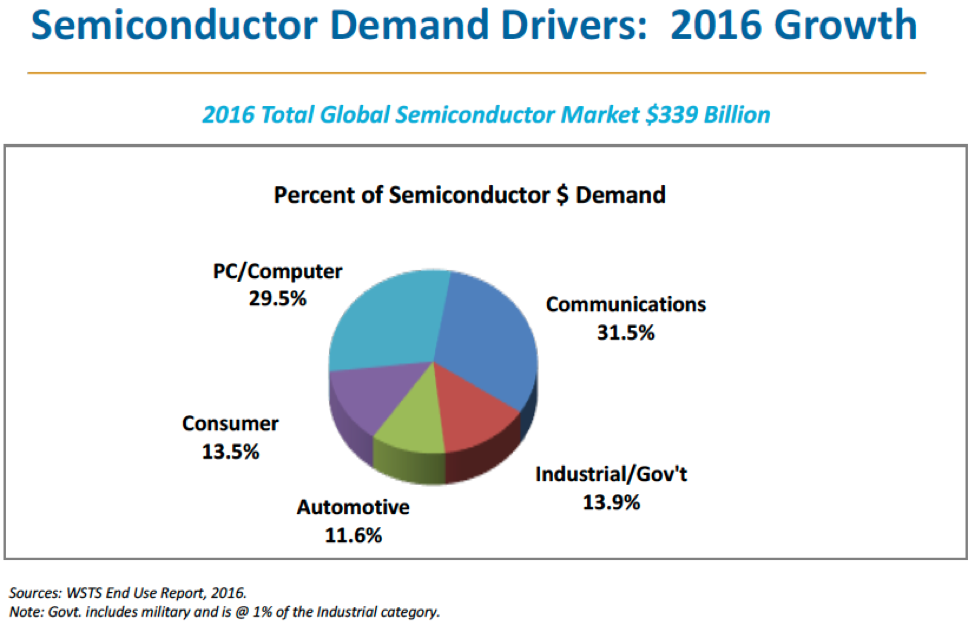 While the other three major end-use categories—consumer (13.5 percent), industrial (12.9 percent), and automotive (11.6 percent)—grew in terms of share, the industrial and automotive categories experienced the most notable increases. This growth continues the decades-long trend of these two end markets steadily growing as a demand driver for semiconductors.

The 2016 Semiconductor End-Use Report provides end-use data by major end application for all the major semiconductor product sub-segments as well as by major geographic regions, including China, the Americas, Japan, and the EU. Furthermore, the survey presents tables with end-use shares by percentage and by total sales in dollars. With almost 2,000 data points in the entire report, the 2016 Semiconductor End-Use Report is a valuable resource for anyone interested in understanding semiconductor market trends by end use.

The report is available for purchase on the SIA website. For more information about the 2016 End-Use Report, please contact me directly at fyinug@semiconductors.org.