With both the House and Senate having passed sweeping tax reform bills recently, a conference committee is expected to convene soon to reconcile differences in the respective bills and set forth final legislation to be approved by Congress and sent to the President for signature. In a letter to House and Senate leaders, SIA yesterday offered its priority recommendations for the final bill. 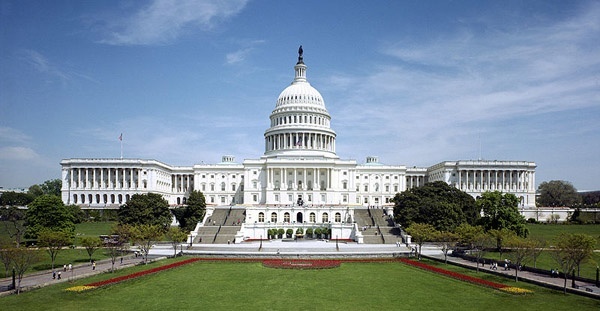 SIA’s longstanding goals for corporate tax reform are to achieve a globally competitive statutory rate, modernize America’s international tax system, and preserve incentives for U.S. research and development (R&D). We are very pleased that both the House and Senate bills meet these goals. However, how the conference committee reconciles key differences between the bills will significantly impact the ultimate benefits of the reforms.

First, the Senate bill’s late retention of the corporate Alternative Minimum Tax (AMT) effectively repeals the R&D credit, and potentially undermines several major international reforms. As a highly research-intensive industry with over 80 percent of sales abroad, SIA is gravely concerned about the impact of the AMT on domestic semiconductor research, and we have urged conferees to adopt the House position of full corporate AMT repeal.

Second, we generally favor the balanced international reforms contained in the Senate bill. SIA strongly supports the foreign-derived intangible income deduction – creating an effective 12.5 percent rate on income from intellectual property (IP) and technology held in the U.S. – and provisions for the distribution and favorable treatment of IP repatriated to the U.S. The combination of these two provisions will expand the U.S. tax base, improve the competitiveness of the American semiconductor industry, and help keep semiconductor IP and manufacturing in America. We strongly urge their inclusion in the conference report to create a globally competitive incentive that will help keep the U.S. semiconductor industry among America’s leading exporters.

For too long, America’s stagnant corporate tax system has impeded growth and innovation in the U.S. semiconductor industry and throughout our economy. SIA has been a committed, public supporter of corporate tax reform. Last week, we supported the corporate reforms in legislation reported out of the Senate Finance Committee, which included AMT repeal. In March, we supported the corporate elements of the House “Better Way” blueprint. A conference report that adopts the provisions discussed above provides a tremendous opportunity to boost U.S. leadership of semiconductor manufacturing and R&D, while at the same time leveling the playing field globally so U.S. companies can compete more fairly with their overseas counterparts.

SIA stands ready to work with policymakers to ensure enactment of corporate tax reform that strengthens the U.S. economy and bolsters America’s leadership of semiconductor technology.