Leaders in the U.S. House of Representatives today called on the Trump Administration to remove semiconductors and related products from a list of imports from China slated to be hit with tariffs of 25 percent in the coming days or weeks. In a letter to U.S. Trade Representative Robert Lighthizer, a bipartisan group of 49 Members of Congress – led by Reps. Pete Sessions (R-Texas) and Zoe Lofgren (D-Calif.), the House co-chairs of the Congressional Semiconductor Caucus – make a compelling case that tariffs on semiconductors would not accomplish the Administration’s goal of combatting China’s unfair and discriminatory trade practices. Instead, they would harm U.S. businesses and consumers. SIA shares this position and continues to urge the Administration to not place tariffs on semiconductors and related products. 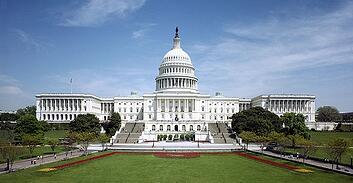 “We understand that USTR’s goal with the proposed tariff action is to bring about policy change in China, and we agree with this goal,” the Members of Congress wrote. “However, we fail to see how tariffs on imported semiconductors and semiconductor equipment can achieve that goal. Tariffs on semiconductors will not impact Chinese companies since they export almost no semiconductors to the U.S. market. Instead, these tariffs would harm U.S. companies and innovators.”

Most of the semiconductor imports from China that would be subject to tariffs are designed and manufactured by U.S. semiconductor companies, largely in the United States, the letter explained. These chips are then sent to China for the low-value final stage of production called assembly, test, and packaging, which accounts for approximately 10 percent of the value of the final product. Placing tariffs on these U.S.-made products would miss the mark, and would fail to press China to change its behavior, the letter stated.

The letter continues: “… China is engaged in a colossal $150 billion state subsidy program, ongoing and persistent IP theft, forced technology transfer, state-backed M&A, and application of its anti-monopoly regime for protectionist purposes to build out its domestic chip sector. We agree that it is essential to address these policies but fail to see how tariffs on American chip firms will change these Chinese practices as they will not have any meaningful impact on China’s domestic chip industry.”

The letter also highlighted the importance of the semiconductor industry to the U.S. economy, noting the industry employs nearly a quarter of a million people in the United States and supports more than one million additional U.S. jobs. U.S. semiconductor companies command nearly half the global market and do about half their manufacturing domestically, which helps make semiconductors America’s fourth-largest export.

SIA agrees with the concerns raised in the letter and will continue to strongly make the case to the Administration that while combatting China’s problematic trade practices is the right goal, tariffs on semiconductors and related products are the wrong approach. We appreciate the leadership of Chairman Sessions and Rep. Lofgren and thank all the signatories for their support.