How Have First-Half 2017 Semiconductor Sales Performed?

Later this week, SIA will release its June 2017 global sales report (GSR), which will include global semiconductor sales totals for the first half of 2017. As the midpoint approaches, this is a good time to assess sales performance to date, as well as to consider what to look for leading into the second half of 2017. 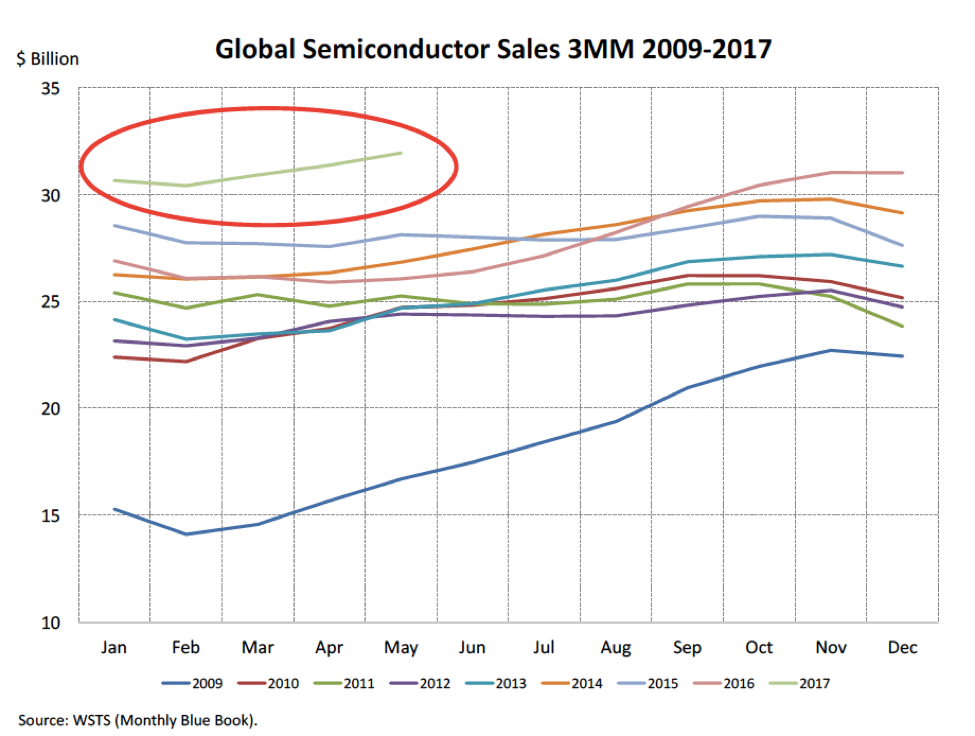 In June, the World Semiconductor Trade Statistics organization (WSTS) revised its 2017 forecast up to 11.5 percent year-over-year growth from its December 2016 forecast of 3.3 percent growth. Several other industry analysts have also revised up their 2017 forecasts to reflect the strong first-half sales performance, including Gartner and IC Insights.

What is clear is sales in 2017 to date have positioned the industry to experience high sales growth in 2017. The question is likely to be how positive will the year-end growth be. Will it exceed WSTS’s forecast of 11.5 percent? Also, will sales growth accelerate in the second half compared to the first half, which historically it has done? Given where the industry is in terms of sales to date, further acceleration of growth in the second half could prompt WSTS to revise even higher its 2017 forecast in the Fall. It will certainly be interesting to see how June and the rest of the year play out.