Semiconductor Priorities a Hot Topic in Washington This Summer

Two public events last Wednesday underscored policymakers’ current attention on tech in Washington of late. The first focused on the proper role of government in artificial intelligence (AI). The event featured panelists from industry, government, and academia discussing the importance of AI to the future economy and how it will be a game changer for not just tech but society. The event also underscored the role of government in AI’s development, including supporting AI innovation and keeping the United States a leader in this critical technology. 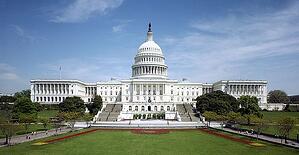 In particular, AI’s importance to national and economic security was emphasized by several speakers. Of course, as part of this, semiconductors will play an integral part in the development and enabling of AI. One area in which all the panelists agreed was the need to have many voices in society at the table providing input on AI, since AI will have such a broad societal reach.

The other event was the Summit on the Economy, an annual one-day conference in Washington that brings together noted policymakers and economists to think critically on the current and future state of the economy. While panel themes were far-reaching, one topic of importance to our industry seemed to garner much attention: trade. While trade policy was the specific topic of some very interesting panels, such as one entitled, “U.S. Trade Policy in the Age of Populism” and another entitled “How the World Looks at America’s Trade Policies,” other panels that were not specific to trade often veered in that direction anyway.

This was the case in an interview with the Trump Administration’s Chair of the Council of Economic Advisors, Dr. Kevin Hassett. While granting that in most economic models free trade is best, Dr. Hassett argued that free trade agreements and providing access to the U.S. market was a remnant of the Cold War era used to get countries into our “umbrella.” What President Trump is trying to do, he explained, is move the United States back to a new equilibrium with other countries.

In all, whether it was a longstanding issue of importance to the semiconductor industry such as trade or a relatively new one such as AI, it was clear from last Wednesday’s events that SIA’s policy priorities are top of mind in Washington, and SIA is working to arrive at solutions to these policy challenges on behalf of our members.