Semiconductors continue to be a huge export for the United States, fueling jobs, economic growth, and innovation at home. According to recently released government trade data for 2016, the value of U.S. semiconductor exports in 2016 totaled $43.1 billion, the third-highest of any manufactured U.S. export product. Strong domestic production combined with large foreign markets led to semiconductors ranking as one of America’s leading exports in 2016. 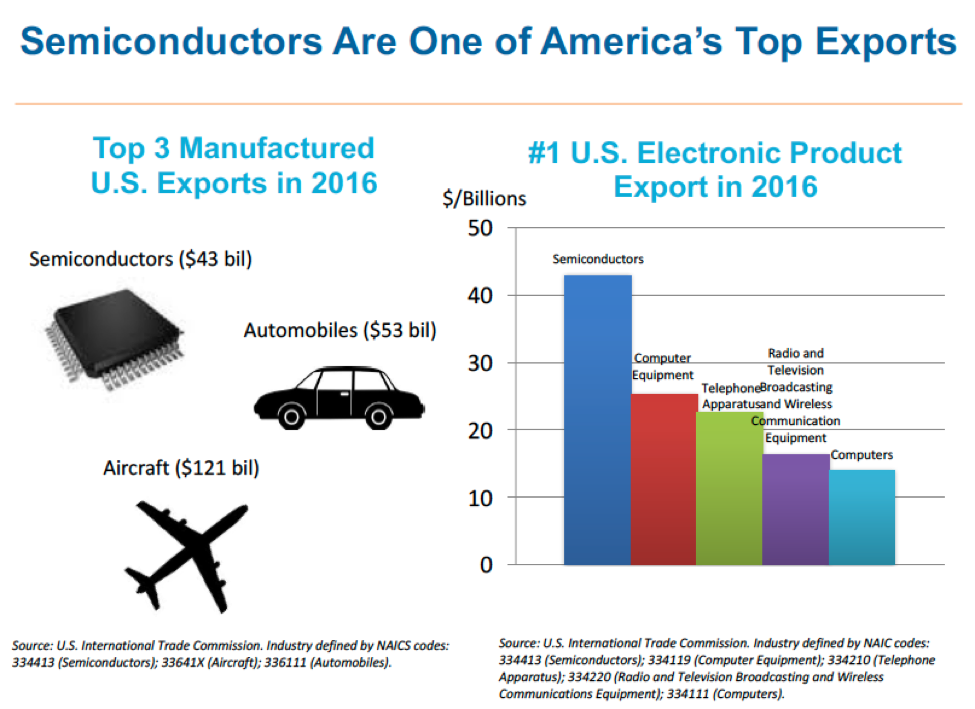 While the United States remains one of the most attractive locations in the world for high-tech manufacturing industries like semiconductors, more can be done to make America an even better place to build products. Corporate tax reform and more funding for precompetitive basic research to ensure innovation and high-tech manufacturing grows and stays in America are two salient steps in the right direction.

In addition, 83 percent of sales of U.S. semiconductor companies in 2016 were outside of the United States. The semiconductor market is global, and to ensure U.S.-made semiconductors reach all markets, foreign markets must remain open. This is why one of SIA’s top policy priorities is the promotion of free trade.

SIA advocates policies that promote innovation and high-tech manufacturing domestically and open markets abroad, thereby ensuring semiconductors will be a top U.S. export for many years to come.