Sen. Orrin Hatch (R-Utah), chairman of the Senate Republican High-Tech Task Force, today unveiled his innovation agenda for the 115th Congress during an event at the U.S. Capitol. Many of the initiatives highlighted in Sen. Hatch’s plan align closely with the U.S. semiconductor industry’s policy priorities, including reforming America’s corporate tax system, investing in basic research, protecting intellectual property (IP), strengthening America’s tech workforce, and promoting the burgeoning Internet of Things (IoT). Advancing these initiatives would strengthen the U.S. semiconductor industry, the broader tech sector, and our economy. We applaud Sen. Hatch for his longstanding leadership on tech priorities. 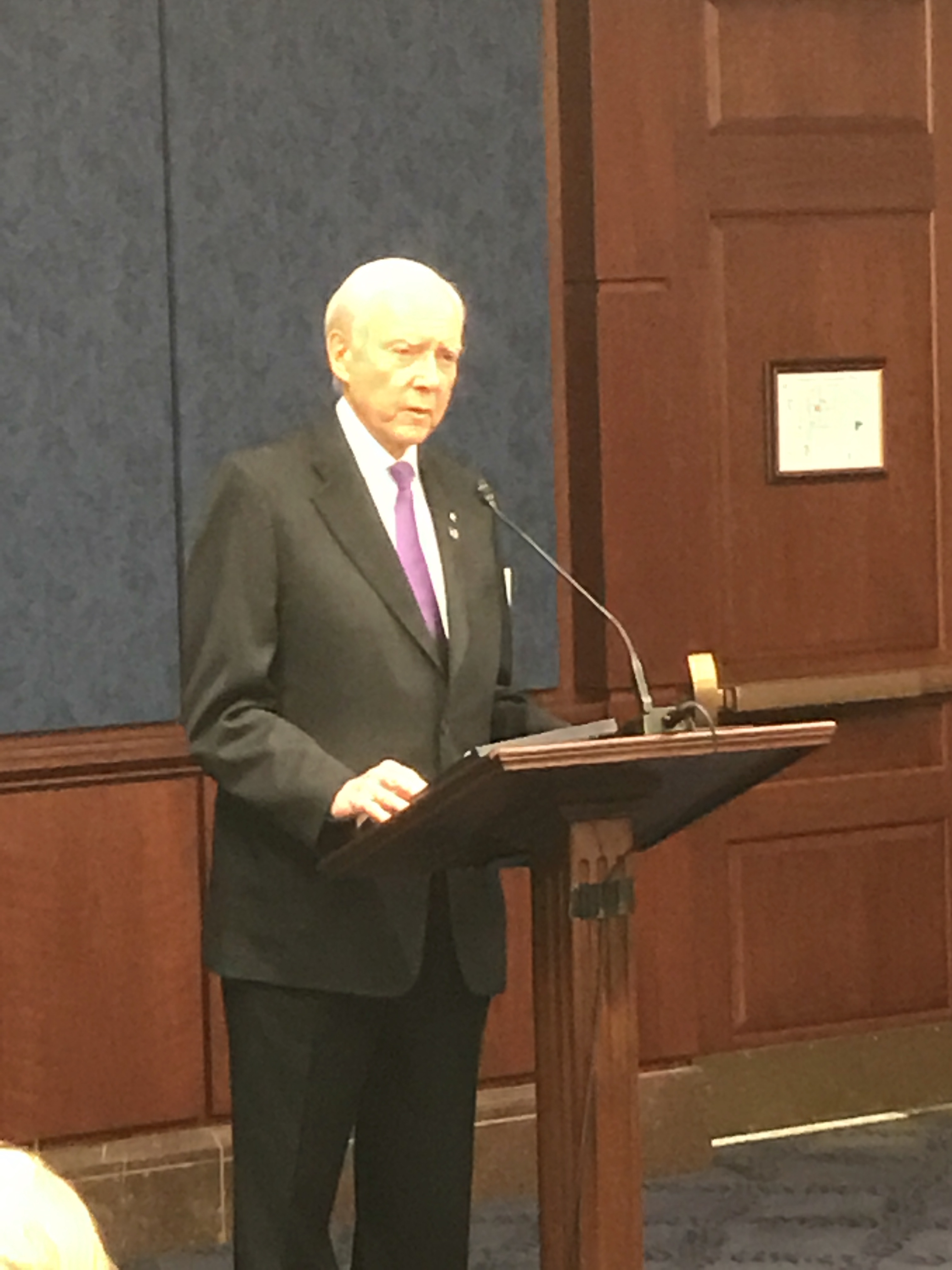 On tax, Sen. Hatch’s plan calls for making the U.S. tax system more globally competitive by lowering the corporate tax rate and transitioning to a territorial tax regime instead of subjecting worldwide income of U.S. companies to federal taxation. SIA strongly supports these measures, as well as robust incentives for research and innovation, in order to level the playing field with overseas competitors.

Sen. Hatch’s innovation agenda also supports “initiatives to maintain America’s technological leadership by supporting basic research at American universities and national laboratories.” The U.S. semiconductor industry invests about one-fifth of revenue in R&D annually, a greater share than any other sector. We will continue to urge government to serve as a partner in this effort by substantially increasing federal investments in university-based, pre-competitive research at DARPA, NIST, NSF, and DOE.

The Hatch plan also calls for the protection of valuable IP, including legislation to reduce the prevalence of abusive patent suits and to preserve incentives for innovation. Semiconductor companies, including several SIA members, are regularly among the top recipients of U.S. patents each year. IP is the lifeblood of innovation in the semiconductor industry and throughout many other sectors. SIA has long supported balanced reforms to reduce abusive patent litigation, as well as increased protection of trade secrets.

To strengthen America’s technology workforce, Sen. Hatch’s plan calls for investing in Science, Technology, Engineering and Math (STEM) education and advancing high-skilled immigration reform, two of SIA’s longstanding priorities. The strength of our industry and our country depends on attracting and retaining high-skilled workers in STEM fields, as well as developing the skills of the future American workforce through STEM education investments.

Sen. Hatch’s plan also recognizes the importance of harnessing the Internet of Things, a burgeoning network of machines and devices connected by the Internet. The promise of the IoT to transform our economy will be based, in large part, on the ability of the semiconductor industry to provide high-performing and efficient semiconductors that can connect billions of smart devices across many sectors of our society, including business, retail, health care, transportation, and many others. SIA supports the plan’s call for initiatives to spur continued U.S. innovation in the IoT.

SIA commends Sen. Hatch for his leadership on tech policy priorities and looks forward to working with him, other members of Congress, and the Trump administration to strengthen the U.S. semiconductor industry and our economy.