Earlier this week, SIA president and CEO, John Neuffer, delivered opening remarks at an event commemorating the unveiling of key findings from a new report on how the semiconductor industry has transformed the New York Capital Region. The report, which was authored by Professor Dr. Charles Wessner of Georgetown University and Thomas Howell, describes in detail how the state of New York, over several decades and numerous governors of both parties, has revitalized the economy of its Capital Region, creating a center for semiconductor research and manufacturing which is today known as “Tech Valley.” 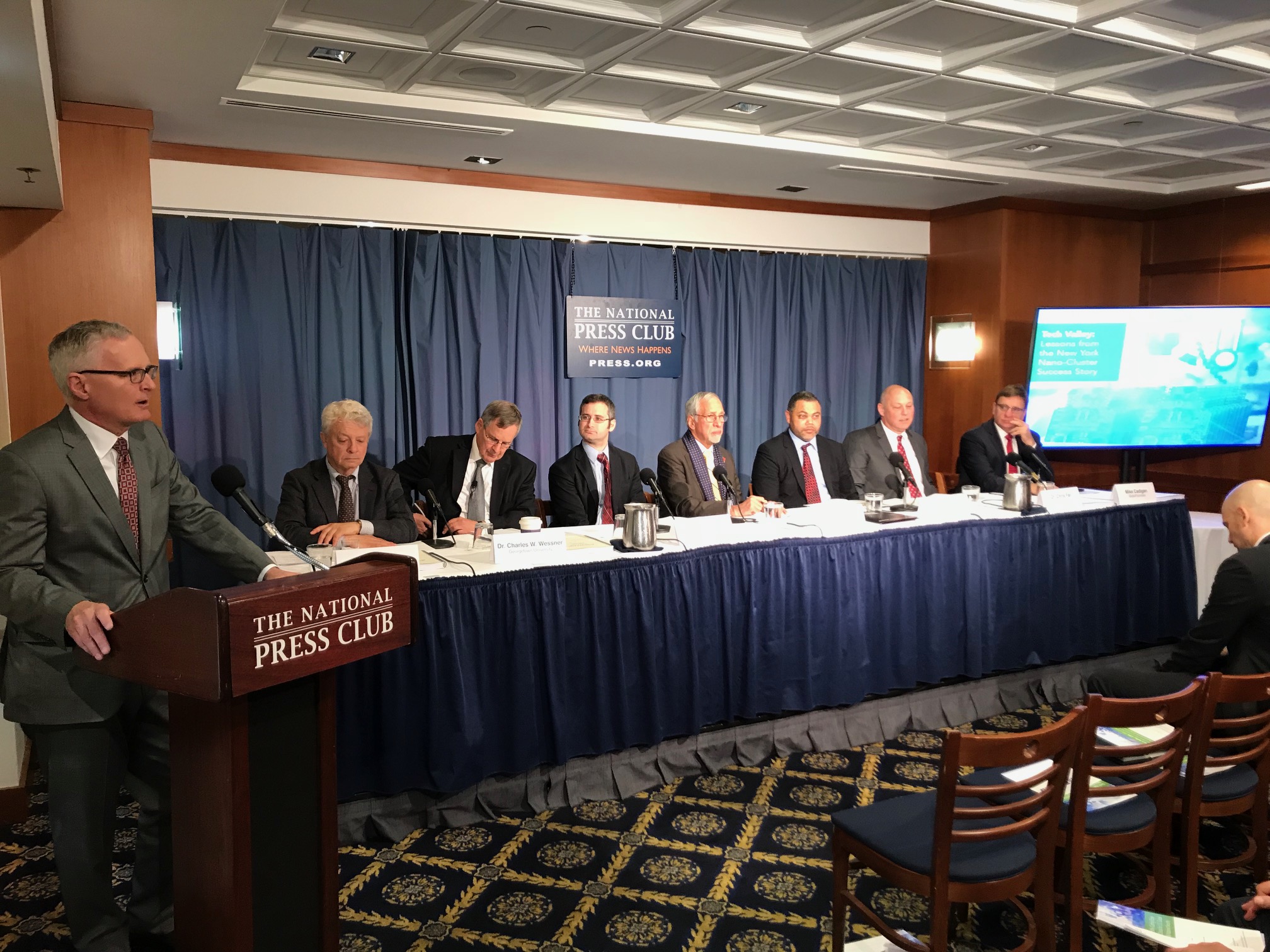 SIA has long recognized the significant achievement of the state of New York and the semiconductor industry there to grow a thriving regional tech cluster. In fact, as Neuffer references in his opening remarks, in 2003 SIA had presented the industry’s highest honor, the Robert N. Noyce award, to then-New York Governor George Pataki, for his exemplary leadership and steadfast support of New York State’s efforts in semiconductor research, development, and commercialization.

The event, which took place on May 8 at the National Press Club in Washington, D.C., also featured a moderated panel discussion with a number of industry and government experts that touched on several key themes from the development of the semiconductor industry in New York. These themes included the importance of public-private partnerships, the key role of universities and access to top regional talent, and the role of a strong domestic semiconductor manufacturing base for national security.  Some of the key takeaways from the tech valley experiment panelists underscored included, 1) the importance of cooperating and investing, 2) effectively coordinating resources, 3) the importance of workforce development, and 4) playing to the U.S. semiconductor industry’s strength of “out-innovating” the competition and owning the frontier.

A summary of the report is available here. The final report in its entirety is scheduled to soon be made public.